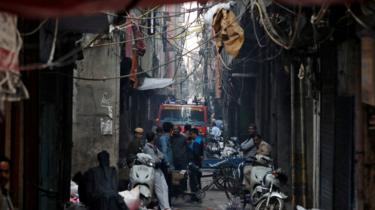 Police official says more than 45 people died in New Delhi after a fire erupted and escalated all through the factory where workers were sleeping.

The fire service worker says 16 others that escape the fire were being treated for burns or smoke inhalation and more than 50 people have been moved to safety.

The blaze broke out around 5.30am on Sunday in the six-storey building which is in a busy residential area.

The factory was making handbags and lots of raw material was stored inside the building, causing the fire to spread quickly, local media reported.

However, no details were immediately available on the cause of the fire.