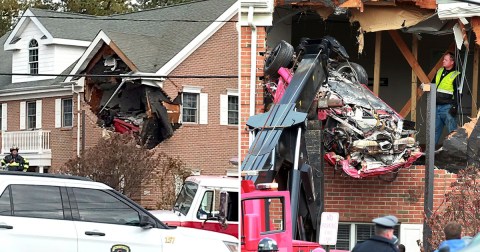 Two people are dead after the convertible Porsche ended up going airborne and flew into the second floor of a building.

Braden DeMartin, 22, was driving the car when he lost control in New Jersey at 6.30am yesterday morning.

He killed himself and his passenger Daniel Foley, 23, instantly in the collision in Toms River, New Jersey. 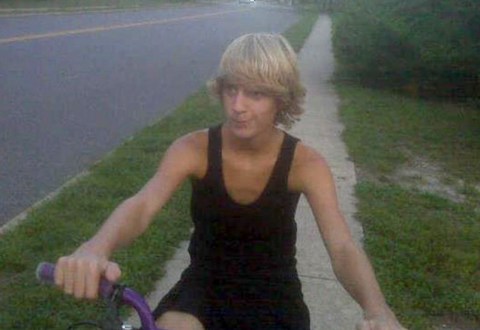 His car is believed to have hit the median strip and struck an embankment, causing the vehicle to fly through the air.

Braden DeMartin, 22, was driving the Porsche when it left the road and crashed into the building

His passenger Daniel Foley was also killed instantly in the collision 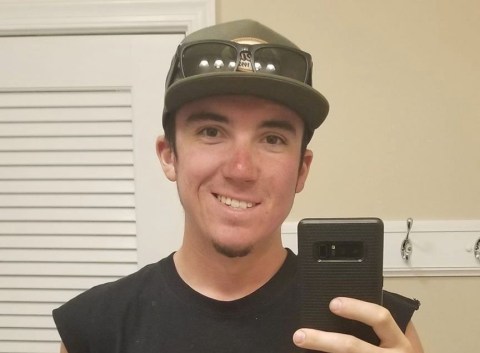 It is not known how fast they were travelling when they lost control of the vehicle.

A friend of the two young men wrote on Facebook: ‘RIP Braden DeMartin and Dan Foley. Will never forget the days we spent on the golf course together. Always made everything more fun.’

Another friend posted: ‘I can’t believe it another 2 of my childhood friends gone bro I remember when we used to scooter and bike at the incline club and had no problems or worries I never saw this coming bro.

The building houses four businesses including a counselling service and a real estate company.

The mangled wreckage of the Porsche after it was removed from the building .

The building will have to be demolished as a result of the damage caused by the crash.
‘I might not have been your best friend or anything but I do remember the good times we had as kids Rest In Peace and god bless your families.’

Building inspectors say that the business property where the car ended up will have to be pulled down because of structural damage.

Sergeant Vincent Padalino said the building, which is across from Hooper Avenue Elementary School, houses four businesses including a counselling service and a real estate company. 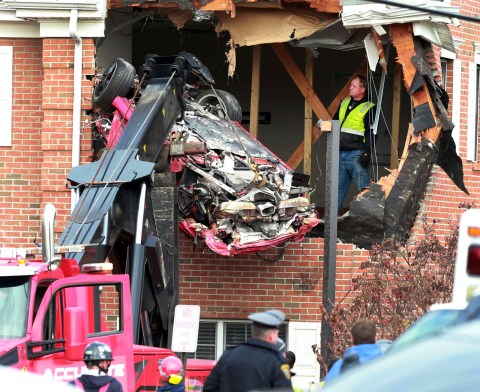